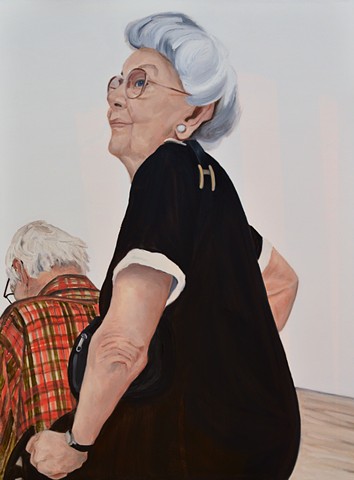 On a flight to Dusseldorf, I sat next to an older woman named Josephine. She had had about four drinks and I had taken a few muscle relaxants and soon we became good friends. She told me she was a professor emeritus at Juilliard and that she was a widow. She wanted to give me all of this life advice and she somehow knew that I wanted to hear it. She told me that the love of her life died 12 years ago, but that being a widow was not that bad. She told me not to be afraid to be alone and she told me to visit her in New York sometime. We met for dinner a few months later. A grand piano filled the living room of her tiny apartment where she played a selection of Chopin and Brahms for me. Josephine told me that Brahms had been in love with a married woman named Clara Schumann, whom he had known for a long time. When her husband died, Brahms was hoping that he and Clara would finally be together and he wrote a song for her. They never married, but they loved each other from a distance for years. It was a strange affair. The remarkable thing is that even if you don’t know the complicated backstory, you can hear the hopefulness in the song he wrote for her. It communicates wordlessly. I wanted to make a painting of Josephine that did the same thing, that captured her in paint as she seemed to me– confident, beatific, and wise.